You are here: Home / Uncategorized / Preventing Alcohol, Drug and Behavioral Health Problems in the Youth of our Community 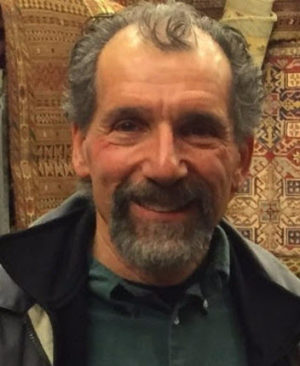 Mothers and fathers everywhere – and all of us who care about the well-being of children – are concerned about the use of alcohol and other drugs (including tobacco) in our communities, particularly by children, teens, and young adults.  Sadly, these concerns are even more warranted here in New Mexico.  According to the NM Department of Health, alcohol-related death rates in our state have been the highest in the entire country for more than two decades, and in 2019 we had the twelfth-highest drug overdose death rate in the nation. Just as alarming, the suicide rate in New Mexico has been regularly among the highest in the nation since 1981.

Seeing these disturbing numbers, the thought that naturally comes to mind is finding effective treatments for all who bear the burdens of alcohol, drug, and behavioral health problems. And yes, Taos County is blessed with many dedicated people and institutions who work incredibly hard to solve the problems that our community faces. Yet it is extremely difficult – and expensive – to provide appropriate treatment to every person who needs assistance. Wouldn’t it be much better if we could prevent these problems – before they become such costly burdens on so many children and families? The obvious answer is “yes”. In fact, research over the past 30 years has consistently shown us that interventions put into place early in children’s lives can prevent many behavioral, alcohol and drug problems that may arise during adolescence and young adulthood.

One important tool for parents and communities is understanding how prevention efforts can improve the lives of children and their families.  Taos Behavioral Health (TBH) provides services to both youth who exhibit signs of behavioral difficulties and their parents who are striving to prevent /reduce them while their children are still young. This column is the first in an ongoing series that describes how prevention-focused interventions during childhood can lead to many positive benefits throughout a person’s life, including improved personal, social, and family functioning; better academic and career achievement; and less involvement with the juvenile justice system and mental health services.

This series summarizes scientific research funded by the US National Institutes of Health (NIH), our nation’s premier biomedical research agency, and more specifically, one of its components, the National Institute on Drug Abuse (NIDA). This rich vein of research has identified seven key principles of prevention interventions for early (and later) childhood. These principles are defined broadly here and will be described in greater detail in future columns.

The first and fundamental principle is simple: Intervening early in childhood can keep a child on a positive pathway throughout life. Problems (such as alcohol or drug use and behavioral difficulties) that arise during adolescence have their roots in developmental changes that occur much earlier in childhood. Prevention interventions can have particularly strong effects when applied early in life, when development is most easily shaped, and a child’s life is most easily set on a positive course.

The remaining six principles support the primary principle. Intervening early in childhood: (2) promotes successful coping and reduces risks for later behavioral problems; (3) sets the stage for positive development later in childhood and adolescence; (4) affects a wide range of behaviors, even those that are not specifically targeted; (5) has a strong positive impact on a child’s physical health and well-being.

Furthermore, (6) effective childhood prevention interventions focus on those environments in which children spend the most time. Typically, these would start with the family, followed perhaps by daycare and pre-school, then elementary and middle school. Finally, (7) positive effects on a child’s social behavior can also elicit corresponding positive behaviors in adult caregivers, siblings, and other children.  Pro-social behaviors among families, friends, and classrooms tend to promote a mutually self-reinforcing cycle of positive interactions. Everyone is happier!

Upcoming columns in this series will describe these prevention principles in greater detail, along with the research studies that generated them. In the meantime, more information can be found on the NIDA website (drugabuse.gov/publications).

TBH Has the largest license and credentialed behavioral health staff in northern New Mexico.  We can be reached at www.taosbehavioralhhelath.org, 575-758-4297 or at 105 Bertha St. in Taos for scheduled appointments.

Harold Perl, Ph.D. is a Clinical/Community Psychologist and the Co-Chair of the TBH Board.